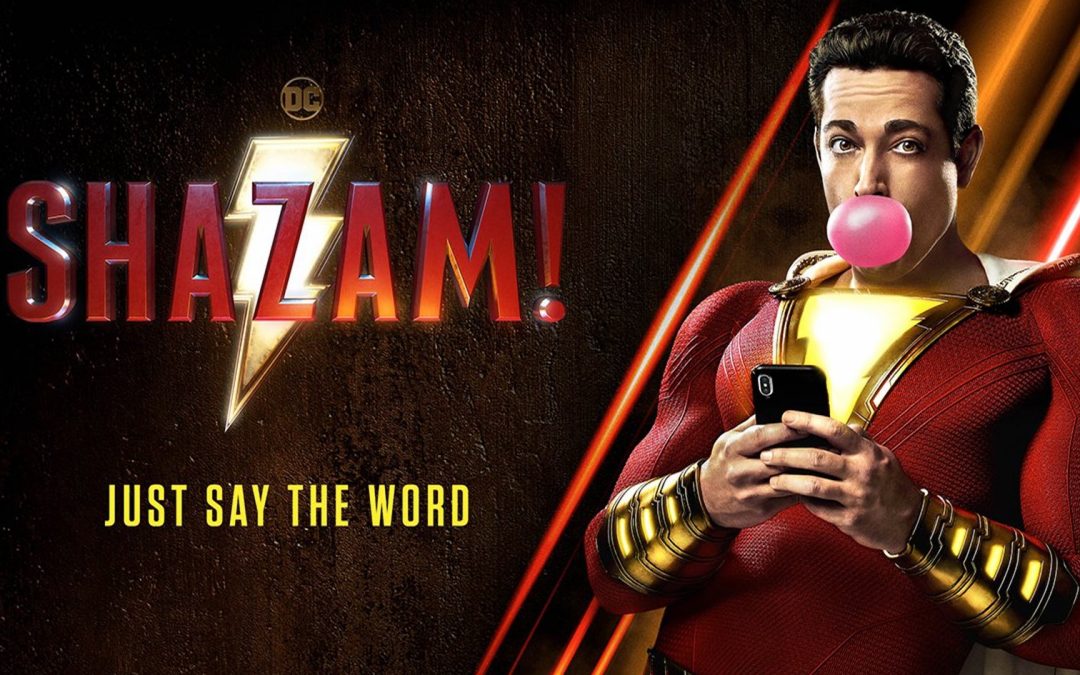 Spoiler-free review: Shazam! is a fun movie you should see. Take your (older) kids, too. It’s cliché to say this, but there really is something for everyone in this movie.

If you haven’t seen the movie yet, absolutely do NOT click the button below to read my spoiler-filled review. You’ll probably regret it!

Alternate review title: I enjoyed this movie so much I’m going to complain about it for years.

Okay, so if you’re here, you’ve either seen the movie or you don’t care about spoilers. I’m not going to break down the whole movie in this review, but I’ll be discussing details under the assumption that you know what I’m talking about (you know, because you saw the movie…).

Shazam! is a pretty good movie with a couple of big problems, and one odd choice at the end that feels to me like sloppy writing. No, I’m not talking about the big twist with the Shazam Family. I really liked that, for reasons I’ll discuss in a bit.

Maybe the best way to explain my biggest nitpick is to talk about Shazam! it in relation to a different movie. 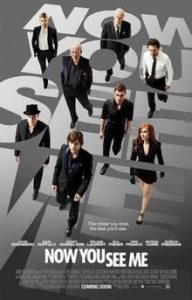 Now You See Me is to magicians as the 90’s film Hackers is to, well, real hackers. It’s not a great movie, but I find it fun, and it hits on a hobby of mine so that’s nice. It’s sequel is much worse, but still passable. That said, even thinking about the sequel makes me incredibly angry. Why? Because of the title – Now You See Me 2.

You know what? Now You See Me 2: Now You Don’t would not have been good, but still would have been an improvement.

Granted, I wasn’t in the room when this movie’s title was workshopped. I don’t know what external factors (if any) affected their decision-making. What I can say is that there is an alternative choice that feels SO obviously and objectively better that I struggle to understand how a group of professional writers didn’t land on it.

Which brings me back to Shazam! (I’m not yelling, the exclamation point is in the title).

At the end of the movie, toward the end of the final battle sequence, Shazam/Definitely-not-Captain-Marvel is fighting Thad on a rooftop in the middle of the city. They stare each other down. The audience and the hero both know at this point that Thad’s powers come from the presence of (at least one of) the Seven Deadly Sins in his magic eyeball. So Zachary Levi, as the titular superhero, starts listing off the seven deadly sins until he realizes it’s Envy who is still in the eyeball. He goads the creature out of the eye, thus removing the source of his enemy’s powers and saving the day.

So here’s my question: why Envy?

Now, I get it, we see Thad showing envy (the sin/emotion) throughout the movie… but he shows several sinful behaviors throughout, so I don’t think that’s a good enough justification for this choice. There’s not some big thematic tie-in we’re getting from Envy, either from Thad or from Billy.

Keep that in mind for a bit while we think about the greater plot — I promise I’ll come back and stick the landing.

This movie is interesting because the external journey of the hero (Billy learning to use and control his powers) is interesting, but is insufficient in granting him the ability to overcome the villain. There’s no “greater power” that he’s waiting to learn (like in Wonder Woman, or Green Lantern, etc.) that will allow him to defeat the big bad. The most important journey, and what ultimately gives him the ability to fight the big bad in a more effective way, is his internal journey, where he learns that his previous belief that “family is for people who can’t take care of themselves” is wrong (while I’m on this subject, big shout-out to Grace Fulton for killing it as Mary — she came across as the big sister everyone wishes they had, not just a sappy goody-two shoes).

This lesson is what makes Billy realize the key to defeating the villains, and is one of the reasons the Shazam Family reveal is so great. So with all that in mind, let’s go back to my original nitpicky question. Why Envy? Why is Envy the mirror held up to the hero in the final moment? I could go on and on about why the Seven Deadly Sins were the wrong choice of villain for this movie (and I probably will at some point), but for now let’s just assume we’re locked in to that choice, but we want to make the movie’s final battle resonate with the movie’s other themes.

Isn’t it obvious that Pride, not Envy, is the sin Billy should be forced to face alone?

Throughout the movie, it is Billy’s pride that gets him into trouble. He can’t face the fact that his mother didn’t want him (arguably pride). He feels he can take care of himself and doesn’t need anyone else (definitely pride). He gets superpowers not because he’s worthy, but because he’s literally the only possible choice, and immediately becomes even more of a jerk (pride). Furthermore, pride is adult Thad’s major sin as well. I guess he’s sort-of envious of Billy’s power, maybe. But why? Because he’s so full of himself, so prideful, that he’s built this whole persona for himself in his mind in order to convince himself that he is the person most deserving of the wizard’s power.

Ultimately, this really isn’t that big of a deal. Poor choice of villain is a much bigger sin (har har). But while I’m willing to overlook the weak villain choice, this minor plot detail bothers me so much because it feels like a missed opportunity. They had the chance to tie the hero’s victory into his theme and show that he’d overcome that aspect of himself and could overcome it in others. Oh, and what puts it over the top is that they could have gone with Pride with the exact same dialogue, almost word for word. Go back and watch the movie again, and at that final scene, just swap the names of Pride and Envy and see what breaks — almost nothing.

Maybe some of you are thinking Pride is overused as a villain, overused as a heroic flaw, overused in general really. You’re absolutely right, but that’s not my problem here. The moment the writers chose the Seven Deadly Sins as enemies in this movie, Pride was going to feature heavily, and theme was going to be a major part of the external journey.

So there you go. Fifteen seconds of screen time and dialogue that bother me even now, a week after seeing the film in theaters. Overall I think the movie is pretty great. Lots of little plot points make me happy. I love that his family figures out who he is because obviously they would, they’re his family. And I love the idea that he wants to pretend at being a ‘real adult’ for so much of the movie and every time he does he walks away disappointed or unfulfilled (the beer and strip club scenes).

My hope for the inevitable sequel is to spend some time with Billy dealing with more adult situations as he grows to learn that the adult world isn’t always black and white, win or lose, good or bad. Sometimes the choice is between two only-okay options. Sometimes you stand at a fork in the road and both roads lead someplace you don’t want to go. There’s a lot of potential in these characters, and I can honestly say for the first time after a DCU movie that I’m excited for a sequel (Wonder Woman was great but felt complete). That on its own might be the most magical thing about this film.