Book Review: The Shadow of What Was Lost 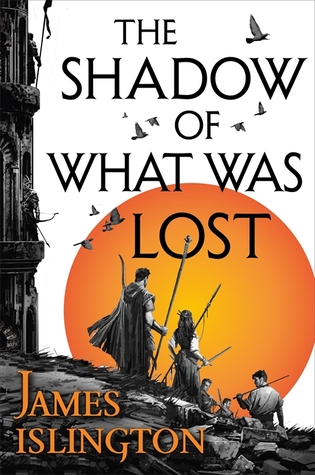 Are you a Wheel of Time fan who thinks Robert Jordan eventually let his series spin a bit too far out of control? Did you love The Eye of the World but never make it through the series past around book five or six? Did you love Brandon Sanderson’s final three books in The Wheel of Time and hail them as welcome returns to an advancing plot and concluding story arcs? 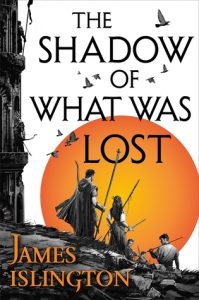 If you answered yes to most or all of the above questions, chances are you’re going to absolutely love The Shadow of What Was Lost, by James Islington. This book reads like a love letter to the best of Robert Jordan’s work — an homage to a series that started so many of today’s fantasy readers  (and authors) on the journey through the fantasy genre. Islington has crafted here a world and a mythology that pulls you in and makes you want to go beg at his doorstep for answers to questions only hinted at in this first book in the series.

This is not to say that this book doesn’t have its own satisfying conclusion. In fact, I want to specifically call out here just how well the conclusion of this first book works. So many new questions are asked in the final fifty or so pages, and yet I didn’t feel at all like the previous 650+ pages had been a waste of time. That’s because Islington doesn’t hold back from dropping major story bombshells all through the story, and in particular at the end of this first book. He upends the status quo, reveals major new players and dangers for our protagonists, even gives us new protagonists from time to time, and all while playing his cards just close enough to his chest that for every new big idea we see revealed, he seems to have two more waiting in the wings.

This is a story about magic and the people impacted by it. As much as Islington could face some criticism for how very traditional this book seems on its surface, at its heart it really asks questions that relate to the entire genre of fantasy. In particular he does a wonderful job of taking the use of magic to its logical conclusions and discussing the social and political impacts of the existence of magic in a haves vs have-nots scenario. That question drove much of the brainstorming sessions for my own work early on, and so I found the idea of the existence of a sort of anti-magic police force in this world to be wonderful stuff.

As is typical with my reviews, I’m not giving you much in the way of story, and that’s on purpose. I can tell you that if you’re a fan of epic fantasy, you’re likely to enjoy this book. I can also tell you that if you’re a Robert Jordan fan, you’ll almost assuredly love this book. All others, I invite you to check out what for me was one of the most fun reads in recent memory.

You can buy The Shadow of What Was Lost from Amazon.